A play on words, as we will see later.

Ping! Martin awakes with a bright idea. Get away quick and we might make the 0800 lock and out to the sea…..

….some time later we approach the lock for 0900 opening. Happy in our little time lapse universe that no one gets up so early on a Sunday in France because it’s closed. And fully expecting the lock keeper to be happy to see us, having nothing else to do so early.

Sometime in the 3 days since we left Arzal a bunch of boats about 140 strong crept into Arzal. Had a party and now wanted to go home. All of them. To catch the tide, which was falling.

We tried to get in to the 0900 and failed. Waiting for the 10 o’clock lock it’s apparent that a few more boats have woken up. It’s mayhem. Boats go left, go right, go forward, go backward. Occasionally they crunch. See photo.

Filibuster stakes her claim – we’re not going to be missing another. Near the front of the queue and defending our position we get into a very, very crowded lock.

I’ve written about the fun of the Arzal lock before, so no need to repeat that.

And BTW the rally wasn’t a booze up – it’s held in aid of disabled people to give them some experience of boating. It calleds the Pen Bron Rally. More here (in French).

We chug off down river and out to sea. We’re heading for Houat (pron more like Hwat and not like goat). The wind pipes up and the sun comes out and we’re sailing proper. Heading to Hoedic because that’s where the wind takes us on our route.

And in fact so close in to Hoedic our point of tack was virtually in the harbour, our could have been had it not been for discretion beating valour. 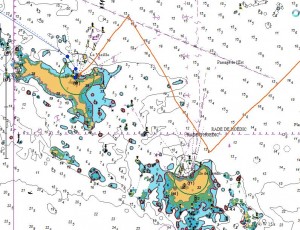 Hoedic (duckling) is a one horse island that we have a soft spot for. It’s bigger brother, Houat, was our destination.

We sailed on. We entered the harbour, we mused about the tri-bollock floating mooring system. We moored. Went ashore, had a drink and left the next morning for Port Louis where I write from. 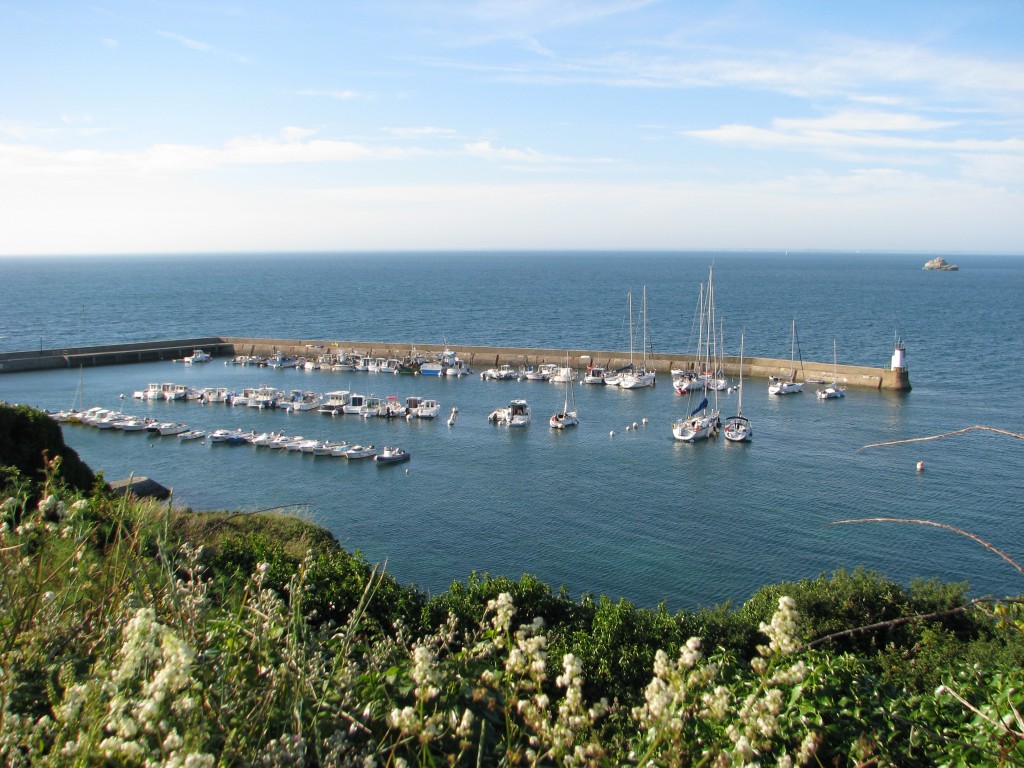 It appears that everyone who raves about Houat are not talking about the harbour, but the huge sheltered beach to the SW of the island that we shall return to one day.

What? How do we get from Houat to Carrott. Jaspers’ Joke delivered whilst in Salisbury on the 14th June runs thus:

Three girls in their twenties decided to go out and decided to go to the Hotel Ocean because the waiters were good looking and had nice bums.

Twenty years later they meet up and decide decided to go to the Hotel Ocean because the wine was good.

A further twenty years, now in their 60’s, later they meet up and decide decided to go to the Hotel Ocean because the food was good.

Twenty more years pass and now in their 80’s they meet again and pondered where to go. They decided to go to the Hotel Ocean because they hadn’t been there before.

And what has that got to do with sailing I hear you ask?

Well, in our delight to be out sailing proper with good speed and a nice angle of heel, we had forgotten about the laws of gravity and it’s effects on improperly stowed boats contents: 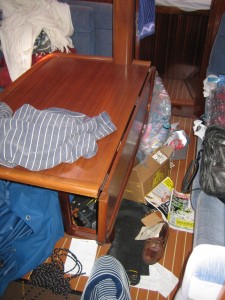 after effects of a well heeled party

Nothing broken. Lesson learnt. The sail up to Port Louis the following days  was even more exciting: 8.3kn at the entrance to Lorient Harbour. Fun.

And if you get the chance see Jasper on his current tour, jump at it. 3 hours of top notch entertainment from people who know how to entertain.

Airbnb – what they didn’t say

Whilst the boat was out of the water we stayed at an Airbnb place for 4 nights. Situated right in the port side of Vannes it was ideally located and much better than a hotel. More details here.

Except for one thing: the steps. Located on the 3rd floor it was 65 steps up! And the mezzanine bed-floor was as steep as a ladder…. 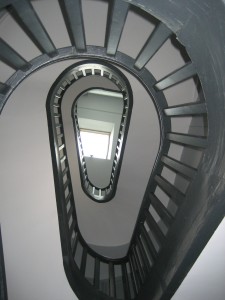 looking up – we were at the top 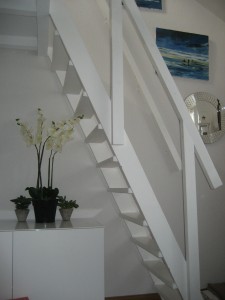 bed up, loo down, say no more

And so onto boaty things 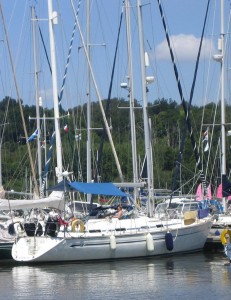 wife and mistress. Both demanding.

And even more serious matters

I broke the law yesterday. Unwittingly. So I bring to your attention the following notification about feeding the ducks: it’s illegal here. 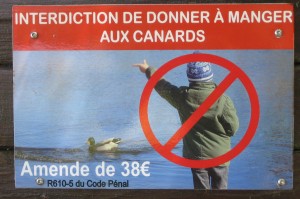 Now there are are some questions that need answering. And in the absence of any obvious sign of the anti duck feeding fuzz to help with clarification here we go:

So many questions, so few answers, it’s driving me quackers.

And with that it’s adieu until I find something more worthy of writing about.