In that post I mentioned it was full, always full. But this time, around 2pm on the 5th September we got our timing right and went straight into a vacant pontoon berth. As did 2 following Brit boats and a few others to boot. Brilliant we thought, this is the way to do it. And the marina filled to full. And so did the outside buoys. Ram packed one would say. 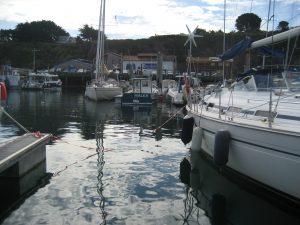 The next day any spaces vacated were immediately taped off by the Capitanerie man. A rally of some 15 boats was coming in to the already full port.

And come in they did…. No space again.

In the outer port there were as many as 5 boats attached to mooring buoys and some late visitors were turned away. 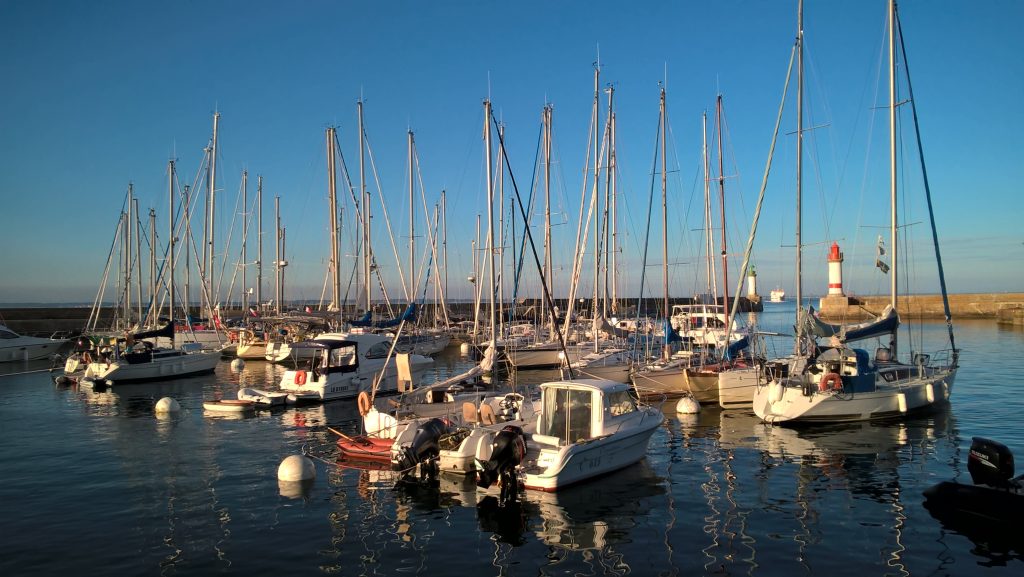 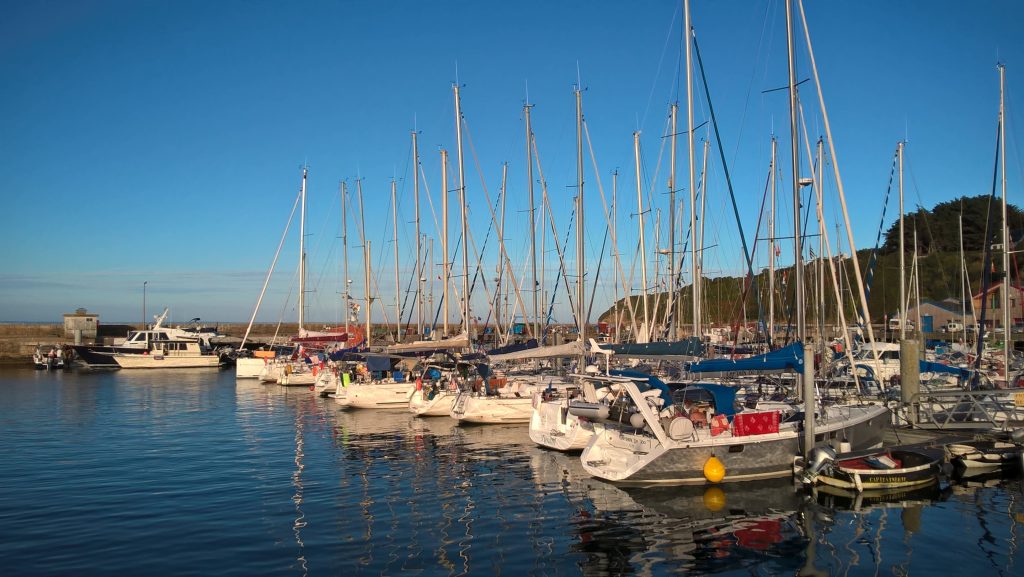 So, it’s warm, the port is ram packed with visitors. High Season here formally ends on the 15th September.

Perhaps you would expect that port side bars and restaurants would be falling over themselves to attract custom before it all ends.

like this bar: photo taken at the same time as the others. 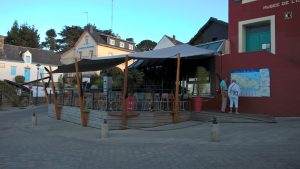 Bar overlooking the port. An ideal location. Early evening about 8pm. it was closed all day.

It’s something I just don’t get with the French. In some places we visit there seems to be a belief that the High Season (normally ending on 30th August) is the only part that tourism reliant shops, bars and restaurants should stay open for and cannot be bothered to work beyond it.

Other bars and restaurants around the port did open but only until 9 o’clock by which time the place was deserted and dark.

Rant over – ile de groix remains beautiful and we thoroughly enjoyed cycling the Southern part of the island. 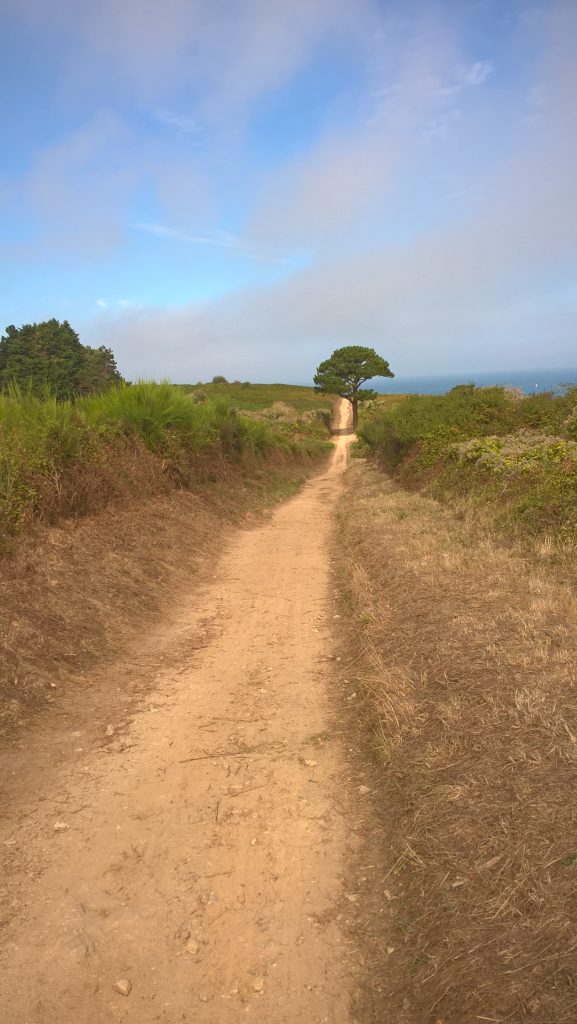 And so to Port Haliguen

It’s before dawn, dark. You’re asleep, dreaming of women or boats or women and boats. The drunken Frenchy having an argument with the world in the middle of the night is now long gone. Your dream morphs to women and/or boats in Ile D’Yeu as a familiar whirring sound reaching the dreaming brain informs that Kazam, the builders supply ship in Ile D’Yeu is unloading.

Brain replies “you’re not in Ile D’Yeu”. Brain rationalises “must be cos that noise is Kazam unloading, in the dark, before dawn, again”

Dream morphs to women and/or boats and Kazam in Ile de Groix. That’s not right. You wake up: Kazam has a sister ship right here in Port Tudy.

Noisy unloading just 50m away could go on all day. Decision made: – off we go to Haliguen toute suite.

I haven’t said much complimentary about Port Haliguen so far – especially noting the 1km walk to the loos – but for some reason it’s growing on us.

We had a pleasant sail down in a F4 South Easterly: as the track below shows cutting back toward the coast to get into calmer waters, about 3/4 of the route was sailed before the wind died. 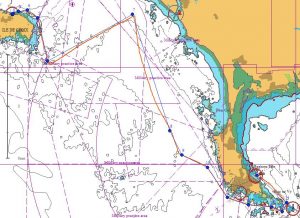 The Quiberon peninsula separates the wild Cote Savauge and the sheltered bay to the East.

That night an unforecast F6 blew  up from the west and disappeared in the morning. We cycled across in warm sunshine on Groix – style cycle tracks and took the video below.

And cycling and walking is perhaps the key to our newly found liking of this area. There’s plenty to occupy.

And the marina? Well the above excellent Creperie du Port was worth  the visit.

And the 1km walk to the loos? Will eventually become history as the port is remodeled, distant and unpopular visitors pontoon will go in favour of spaces closer to the facilities.

Unlike last year at this time the weather has been largely fantastic. No real storms, lots of sunshine make the days warm and a distinct lack of serious rain make them usable.

But the lack of rain has caused an unforeseen problem :- the Villaine River in which Filibuster lives is the supply of fresh water for much of North West France has seen its levels drop.

To the extent that the lock that lets us in will be closed for 9 full days in September and restricted on others.

It’s time to head back out of the sea, a bit early, from a beautifully warm and sunny Piriac sur Mer where I write from