It’s warm (low20’s ) and with light following winds so we motored the whole 33 miles from Ile De Yeu.

But of the title “La Grande Migration”? This week is the last full week of the holidays. Schools go back on the 1st Sep and many French businesses resume normal operations next Monday.

Many tourist dependent restaurants & shops simply close down on the 31st August.

So, in short, boats that have been on holiday make their way home. With more than a dozen large marinas containing thousands of berths within a few days to the north the northward migration is well under way. To the south there are 1500 in Les Sables D’Olonne (1 day away) and Europe’s largest marina in La Rochelle with over 4500 berths and boats heading for these 2 ports tend to peak toward the end of the week.

And there are a few places that are so “en route” that they become natural watering holes for those on the Grande Migration.

Port Joinville on Ile D’Yeu is one. We’ve just done 4 nights there.

Each morning the marina empties. 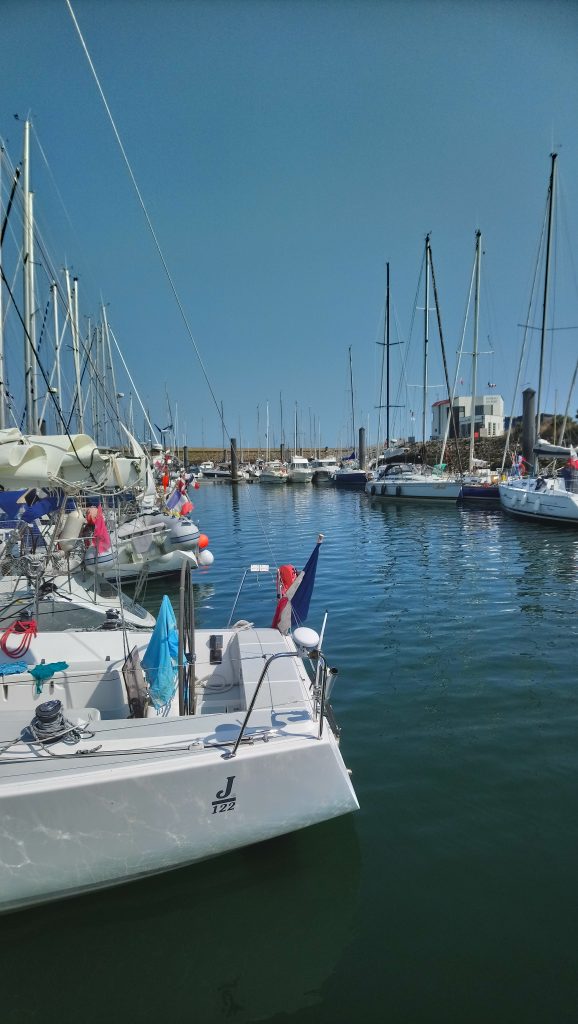 Each morning the marina empties. Shot taken from the back of Filibuster toward the pile where the next shot was taken

And then fills again with transiting boats. 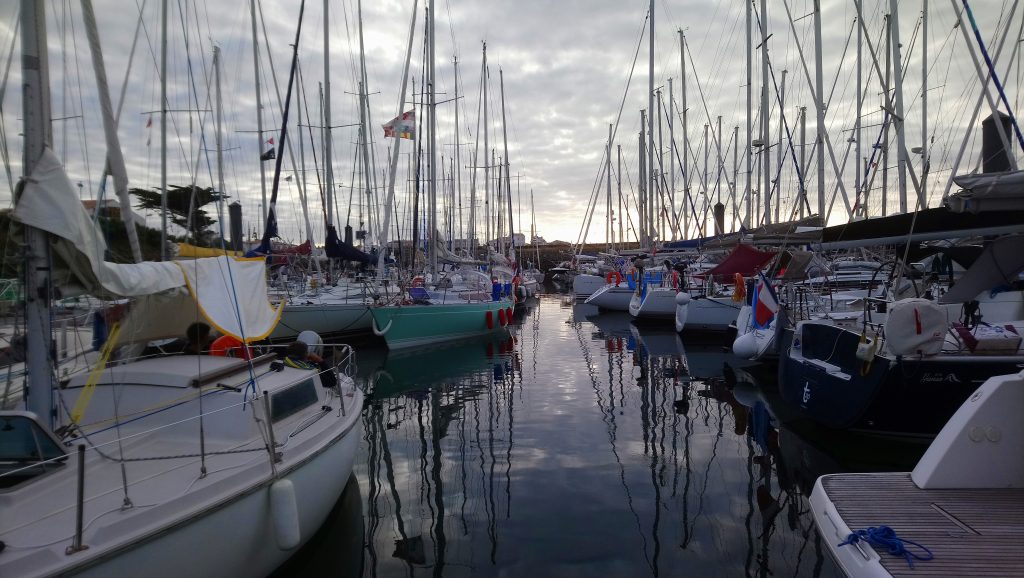 And by the evening the marina fills to full. Boats on the left rafted up to 6 deep.

The busiest migratory nights will be around Tuesday & Wednesday. Sometimes the marina is so full, later arrivals are denied access and parked on the fishing boat quays.

We had arrived on the 15th just before 3pm and went straight into an empty pontoon berth. Each day after that the marina filled completely and no pontoon berths were left empty.

Moral: if you want a place during La Grand Migration week, get there early.