Step forward anyone who remembers the cult drama “The Prisoner”. The one from the late 60s, so step back anyone younger than about 50. 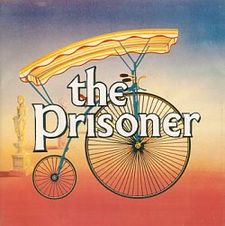 For those younger than 50 let me set the scene:  The series follows a British former secret agent who is abducted and held prisoner in a mysterious but pretty coastal village resort where his captors try to find out why he abruptly resigned from his job (Wikipedia)

I think he just wanted to go sailing (Martin).

The Prisoner doesn’t have a name but instead is called No 6. Why they should name him after a particularly small and rough cigarette available at the time is still a mystery.

Also a mystery is why hold him in a nice coastal village when a smelly prison would do?

And how, even with the aid of large 6ft diameter self aware and self propelled white balloons, they could stop him escaping?

As noted above, this was the late 60s, an era well known for fanciful imagery and one can only assume the producers were “on something”.

So, Martin, I hear you ask: what has this got to do with Bourgenay? A mysterious but pretty coastal village resort.

Probably nothing.But indulge me and read on as you’ve got this far.

Bourgenay is an odd place. 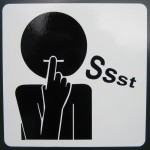 As far as I can tell, in days yonder, there was nothing here except the HQ of SSST. A secret order of silent French Nuns. 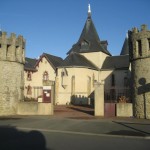 Holed up in their castle and not interfering much, Bourgenay was a very quiet place.

Well it would be wouldn’t it, with the only residents living a quite solitary quiet life.

And then some developer had the great idea to create a modern version of the very same holiday resort that was the unintended home to the Prisoner.

The Planning application was a doddle: no objections – not even from the resident nuns (well they couldn’t really object much, being quiet and solitary, could they?)

And so, all around them a whole new resort, golf complex, port and marina sprang up where before there was nothing. Except the silent nuns who as far as can be be found out are still there, doing their thing.

A Perfect place for prisoners 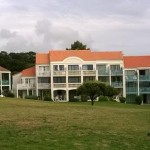 It’s perfect: residents arrive, are processed, spend their money in one of several anonymous bars/restaurants and are subsequently allowed to leave all the poorer and none the wiser having enjoyed an “ooh that’s nice” sort of holiday.. 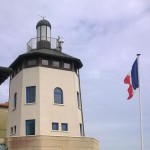 It’s all there, it all works. But it lacks any of the charm that the two nearest ports on our route have (Les Sables D’Olonne and St Martin de Re).

I can’t think why we stopped on the way back except that, just possibly, it was free to stay.

And I leave you with this observation about the almost perfect marina: 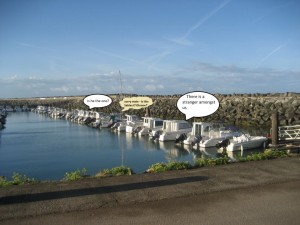 We escaped and Les Sables D’Olonne is where this post comes from. A full 6.6nm from Bourgenay but a world away (and also free to stay 🙂 )

View all posts by Martin
Pornic, stylish →
← An architect and an airline pilot on a boat with a camera on a stick