We’re back in Arzal. Remeber these words from the first post: “Perishingly hot at 28 degrees in the day and not a lot of air around. The water temperature is the same! Yuk. The evening temperature as I write at 930pm is 24. Double yuk. The water is still 28…triple yuk…”

I had just one more post in the pipeline,discussing the costs and merits of keeping a boat in France.

That’s going to be rather a dry affair and by great fortune some material for a bit of fun came our way on our last day out of Arzal. .

Same rules as before: any decent and printable captions welcome. And the best wins the Bottle of Bubbly.

1) along side us in La Roche Bernard, a craft of uncompromising genius, made, almost totally from aluminium. Housing man, wife and dog. 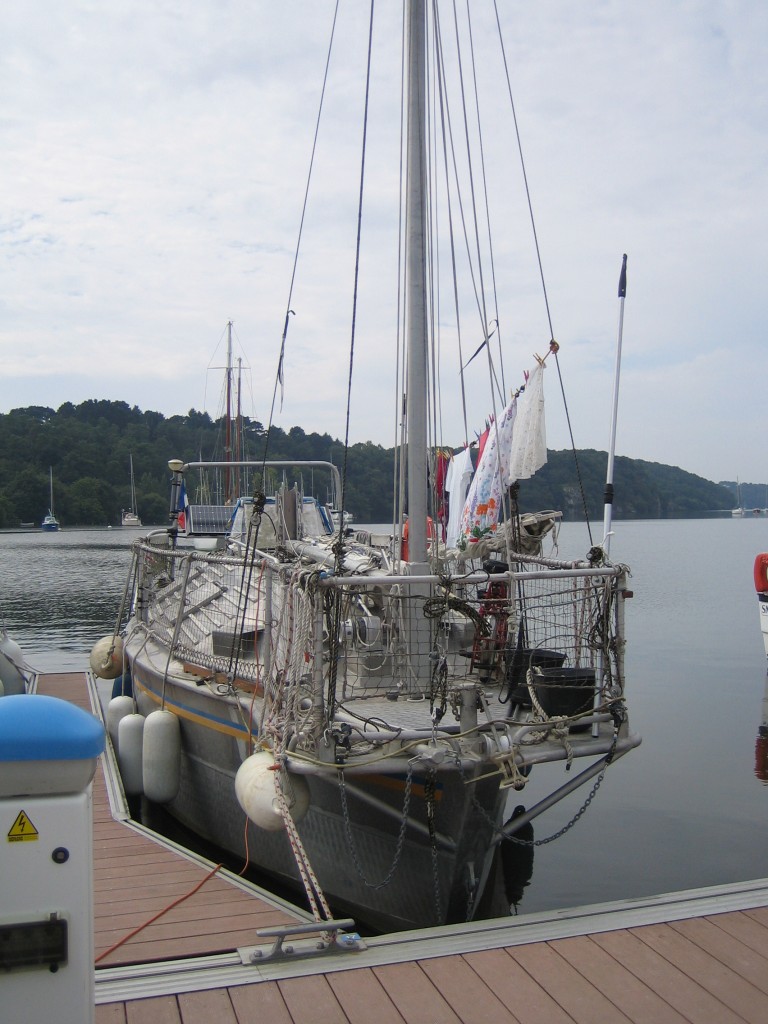 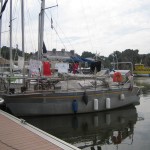 2) Us boaters are often considered to be mere users of unstable floating caravans. This looks like a better solution, photographed up river at Foleux, it a has a certain “Je ne sais quoi”. I don’t know what it is either.