OK, so it’s a stupid title meant to be a play on the placename of Vigo (pron more like Vee-ho) but it’s a sort of celebratory reflection of all the planning that went on making last winter’s dream of “we are hoping to go to Spain in 2017, maybe as far down as Vigo, near the Portuguese border”.

And there was a lot of planning. And buying: charts, pilot books, new liferaft, ferry bookings, flight bookings, hotel bookings, getting a crew together, a week of boat prep, crossing the Bay of Biscay – which port to arrive at, which port as a backup, getting crew home, getting crew on board when arrivals plans changed dramatically…..and so on. 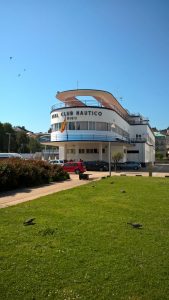 But here we are at Real Club Nautico do Vigo. Without doubt the most upmarket marina to date.

Besides the obvious facilities it has it’s own bar, restaurant, social & functions rooms and large swimming pool.

Sadly not party of the Passeport Escales scheme means we have to shell out at the rate of €35 per night to park. Not too bad considering Vigo was the objective and we stayed 2 nights.

More of Vigo in a mo, but first some notes from Muros to here. 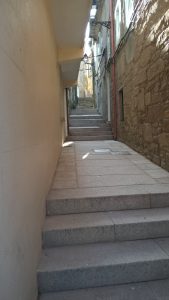 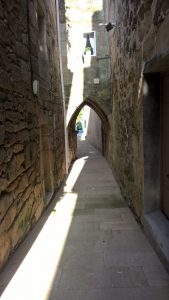 The port has been organized to facilitate the large (huge) sea going fishing vessels away from pleasure craft. The harbour side has had some money spent on it and it shows.

Transport links by modern bus to Santiago are good.

Our plans include leaving Filibuster there for July.

How to broach a boat in no wind

The forecast was typical – no wind and it was on the nose. A light drizzle was falling. We left Muros expecting to motor all the way to Caraminal, but set up the main & genoa as a stabiliser against the swell.

Heading dead south, the rain stopped, the wind started to build. We were perplexed: looking up high on the mountain to the East the wind direction showed a NE, but we had West winds.

And they kept building. First reef then second reef. Winds topped 35kn…eek, or even double eek. Boat speed topped 8kn and with the 3m swell that became, shall we say, of concern.

Then we broached. (that’s a sailing term describing an over powered yacht becoming dangerously out of control ). We haven’t broached Filibuster since Bantry Bay in 2008 – it really can be dangerous to boat and crew. 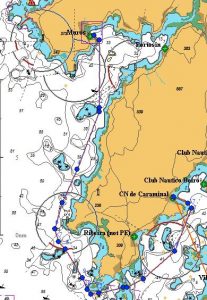 The broach occured between points 3 & 4, downwind of a near 700m mountain.

What’s going on? A yacht passing on a reciprocal course only a few hundred yards away had no sails up due to lack of wind….

Wind off the mountains – to our left peaks of 600m steep down to the sea. That’s what was going on. A gentle wind on the top can create a massive eddy at the bottom and that’s what happened. A mile or so later we were clear of the mountains and the effect had passed – back to no wind…

Not much to report. Functional, marina, town, port. Seems to be favoured by Irish yachts for some reason.

And so to Vigo.

One stop further on is the Ria de Vigo, the last of the Spanish rias.

And we actually sailed the whole 30 miles! Wow, more than the rest of the trip so far.

And what a stop.

Vigo is a large port city and not somewhere we would normally go to, but it was the destination of this trip.

The Real Club Nautico de Vigo is close to the the old town: an easy walk away. In the old town centre there  is a plaza given over to eating – and it is very very popular. 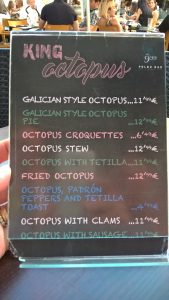 And the loudness of all the chattering is almost deafening. We ate at the restaurant roughly in the middle of the shot. Michele had Octopus, you can have Octopus, you can have it many different ways. It’s texture is a bit like chicken, but the flavour is generally created by the cooking method.

I had delicious mussels.

Along with the earlier tapas the whole evening’s food & drink came to about €25.

We came the following evening and eat on the quieter periphery for even less.

A few other shots from very interesting Vigo: 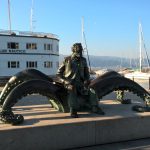 Jules Verne stayed in Vigo, so they created this statue 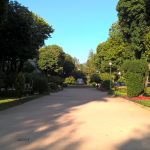 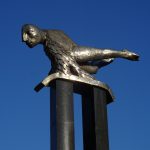 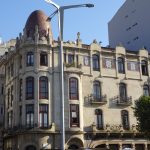 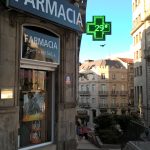 Warm in the evenings 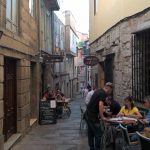 We loved Vigo. If you can get a cheap flight it would make a fascinating weekend break.

We loved it so much that we stayed an extra night. The next morning we went to the office to pay. It was closed. it remained closed until well after it was open. What can you do when they won’t take your money and have to go? Answer: Leg it.

Pron San-shen-sho. The pilot guide says it is a large marina with full facilities.

They omit to mention the beach next door: 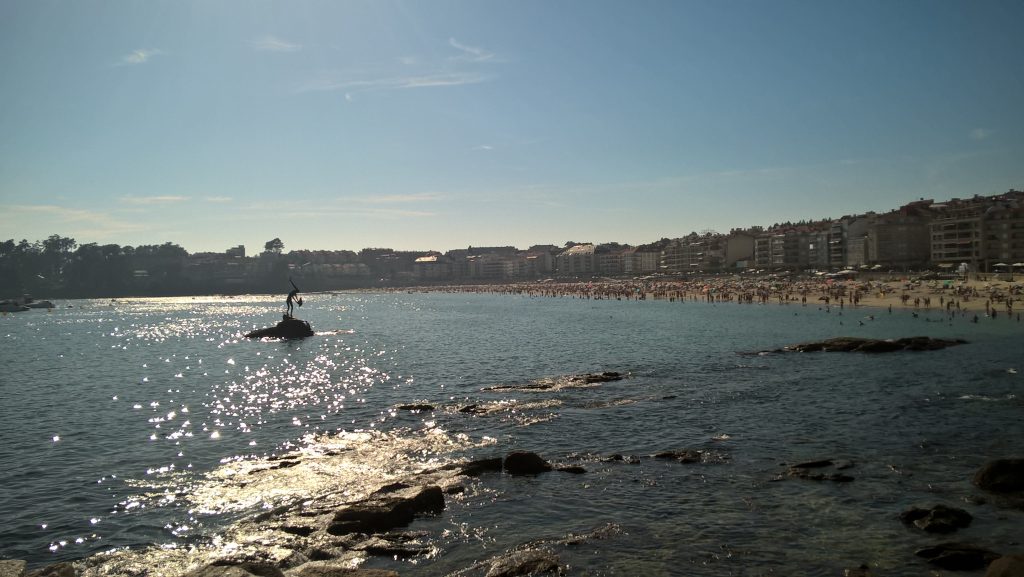 Beaching it with the Spaniards

Or the lack of olde worlde Spanish style nooks and crannies….

Or the total sun block caused by the BFOB that parks next to us: 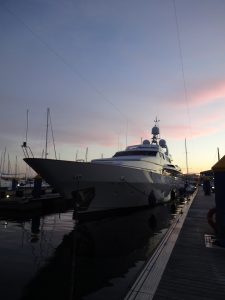 Or indeed the fact that in this part of the world the like to use explosives to ward off evil spirits. The explosives are religous, rocket propelled and in come in 2 types:

Sanxenxo clearly has more donations to spend and it’s artillery demo certainly scared more spirits than any other.

Listen here for a small portion that exquisitely includes the echoes rolling around the bay. Stay with it, it’s good at the end.

Or indeed about the fact that there are 2 marinas in the same space. Curious? It goes like this:

Confused? we were.Quickly to get back on board and do the yachty equivalent of “legging it”. Again.

We don’t make a habit of, in fact have never done it before, but it does seem that in some of the bigger marinas here in Spain the park and place staff and the office staff are not in tune. 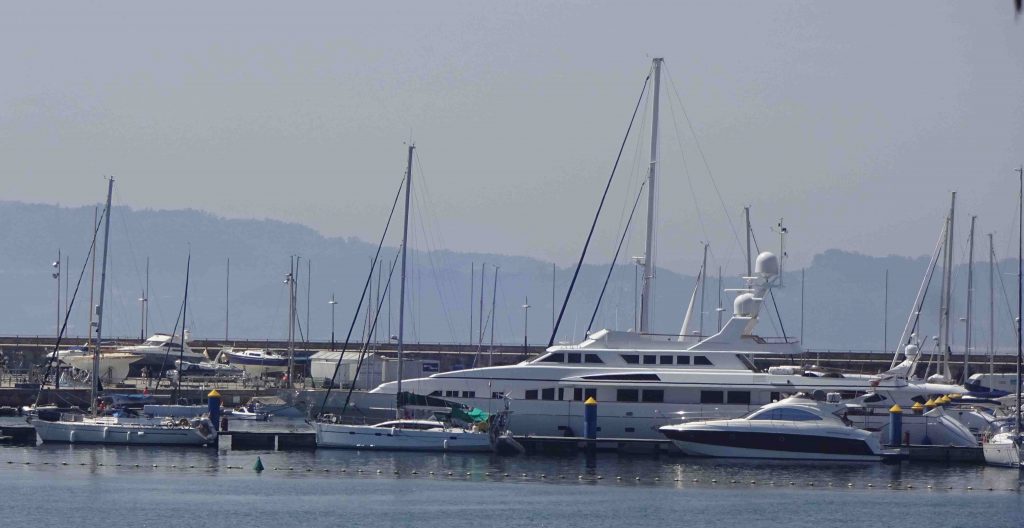 Filibuster on the left – just a li’l old 40fter. BFOB Tumberry C behind. See if you can spot the join in the marinas….

Enough for now…these posts are getting a bit lengthy and I haven’t quite caught up with the travels: National Park Islas de Cies and Porto Novo still await.

View all posts by admin
Back to Muros, On to Santiago →
← I name this tour…..