From “The Other Side”

Home } Passages } From “The Other Side”

You will of course be pleased to hear we sort of made it across. “sort of”? Well we didn’t quite make it to A Coruna, more of which later.

A plan that runs thus:

And it all went to plan: arriving on the boat at 1800, unpack, eating, sleeping, or not as the case may be.

Or not? = When I set the time on my trusty new SuperDry wristwatch it decided unilaterally to continue advancing Japanward a further 1 1/2 hours. Midnight became 0130. etc

How many F in Frenchmen?

To the residents of Arzal berth S111 the answer to that question is 4. There were 4 F in Frenchmen 2 berths down who decided that night was the perfect night to a) get drunk b) play music c) natter away to 4a.m. (Sorry I mean 2.30am due to incorrect setting of watch).

And so the night progressed, sleep came, sleep went, the watch said 730am… PANIC. We want to be in the 8 oclock lock….Wake the crew. Notice the time zone in the saloon is 1 1/2 hours behind Superdry. 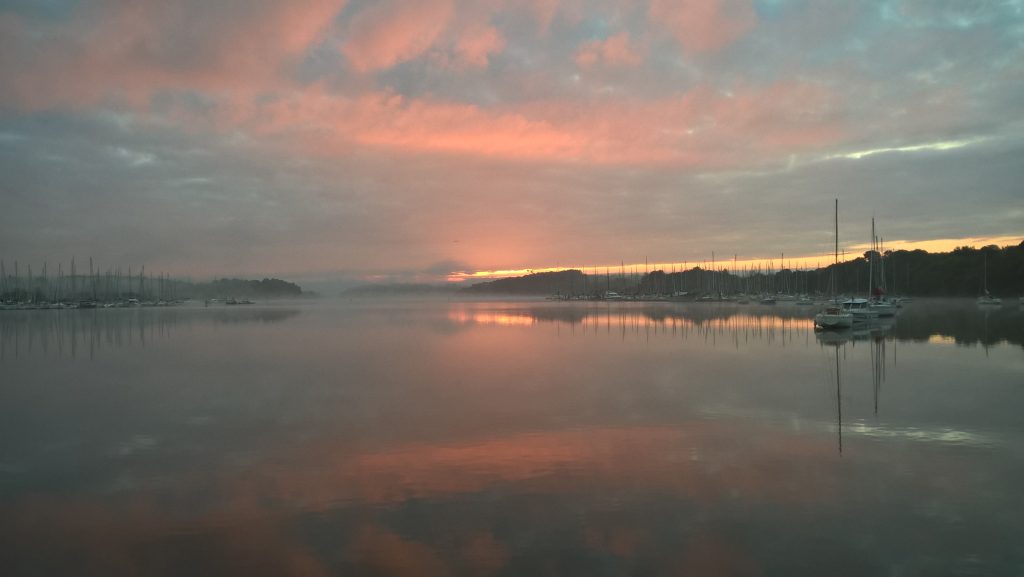 Dawn at Arzal, 30 Jun 17, looking NE up river from the stern of Filibuster

At that moment it dawns. Superdry is wrong. Dawn is upon us. Literally. See photo

Panic over. We go to the shop, get some fresh food, out through the lock and off. Next stop A Coruna 360nm away. 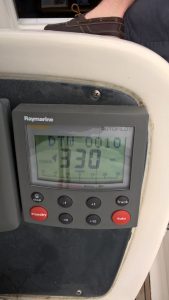 The Brutal Bay of Biscay…

….was on holiday when we crossed. There was no wind to sail by and we motored pretty much the whole way across. Boo. 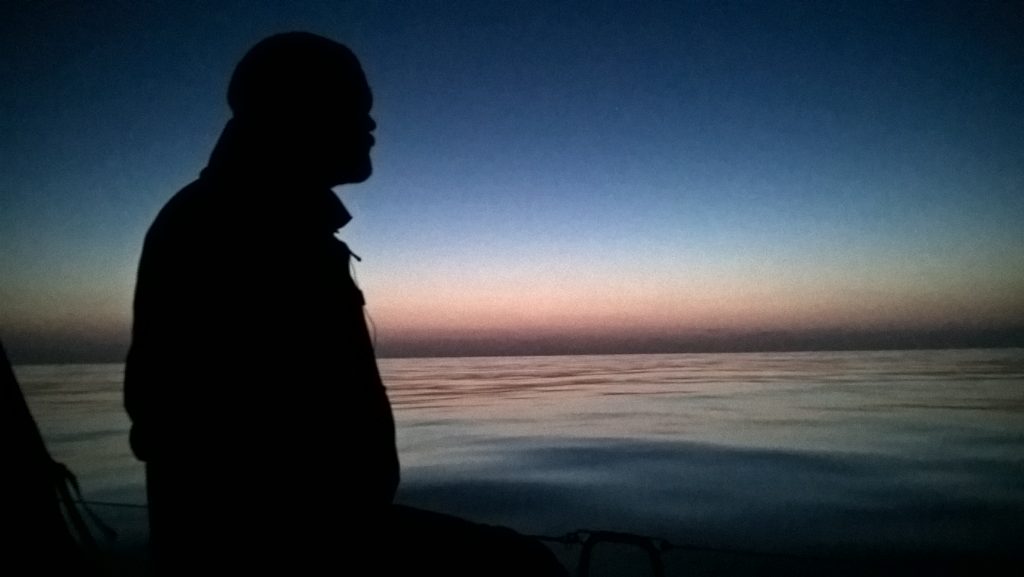 Sunset Bay of Biscay 30th June. No wind, No waves.

And following the sunset the night watches were rewarded by a view of the Milky Way undiminished by other lights for as far as could be seen. 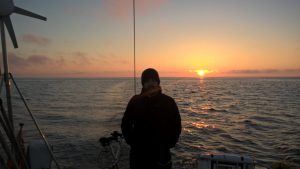 Indeed so flat, so calm for so long we became concerned about the fuel burn rate. I thought we had enough (we did) but Prudence popped up half way across and said thus:

Optimism says we do 3l/h, Prudence says 3.5l. Our fuel burn records have never covered running the tank dry and we are not about to risk it.

Change course to the next nearest port of Viveiro, which is 40nm nearer. Arriving around 4pm on 1st June.

And what a result. How to describe Viveiro:

We ate the seafood of the gods ashore, had a night cap on board, and after 3 broken nights slept the sleep of the gods. In heaven. 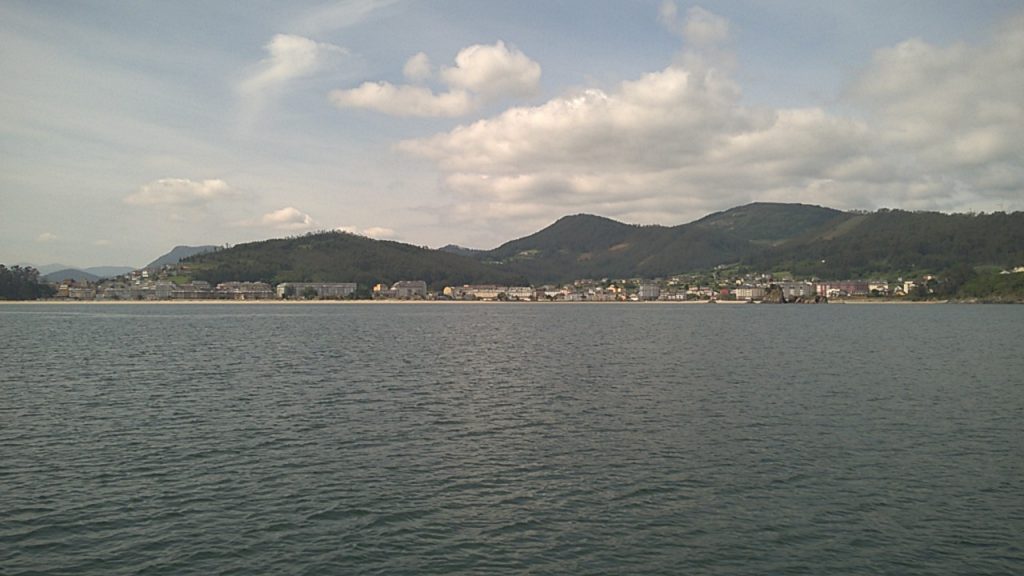 Viveiro and the environs, looking South ish. The majority of the town, fishing port and marina are to the left of this shot.

The next morning we fueled up, left the marina and spent the day at anchor in a nearby bay. Still no wind.

Viveiro is in mountainous lands – getting crew to Santiago and back is not so easy with no simple public transport – it has to be a rather expensive taxi. Ah well.

And the fuel rate?

For anyone interested we took 135l of diesel so the figures work out thus:

We had over 100l left in the tank before filling and would have easily made it to A Coruna. The difference is probably mostly accounted by the fact we had the mainsail up all the time and that gave us a small, but useful lift.