Well it has been a while. Perhaps you thought I’d given up after so little output last year. 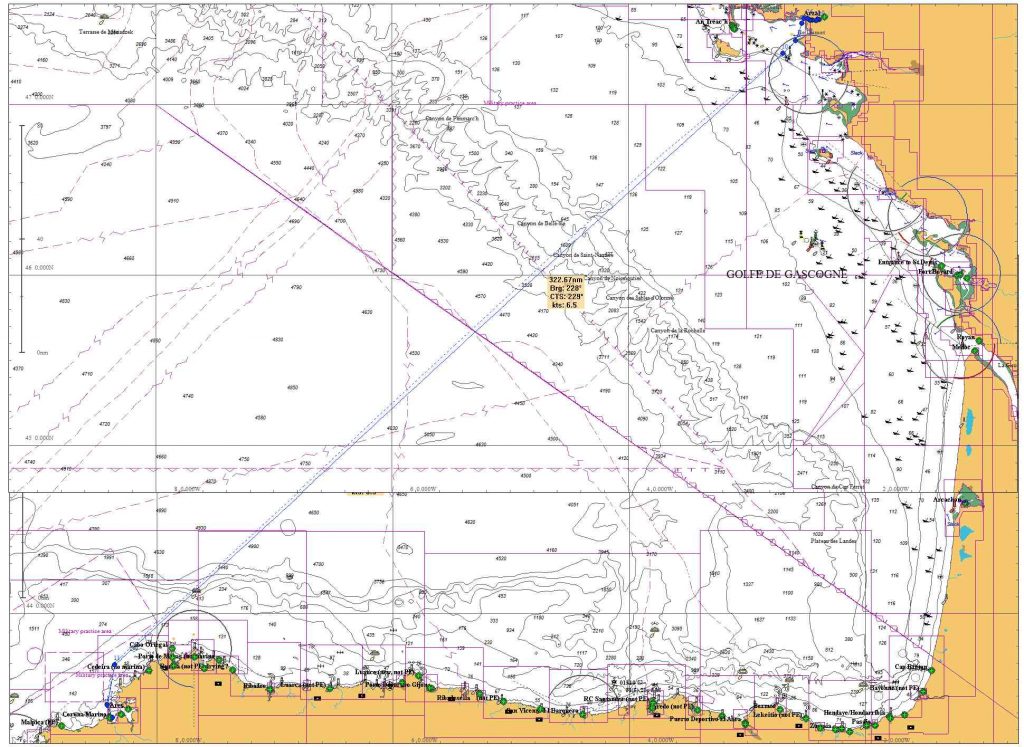 Tomorrow, May 29th Martin, James and Gavin set off to take Filibuster across the Bay of Biscay to A Coruña in the North West corner of Spain.We leave Arzal on Tuesday morning to head approx 360nm straight across.

In an ideal world that would take two and a half days, arriving late on Thursday.

But it’s not an ideal world – this morning’s forecast has a mix of pleasant sailing weather and good chunks of “Force sod all, variable”. Weather routing on the nav system suggests a sailing transit time of over 4 days: that’s not going to happen as we will donk it during the calm bits.

The Bay of Biscay

Whenever I mention the Bay of Biscay people look sideways at me as if to suggest “must be bonkers”. Then recount stories of bad weather, uncomfortable passages and sea sickness. I’ll report back after the event but right now all I can say is that a long period of calm weather has resulted in good conditions with swell at around 1m across much of the bay for much of the journey. The picture looks a bit lumpier as we approach the end of the passage.

And once we get there

James returns home, Michele, Daphne (Gav’s wife), Sharon and John all fly out on Saturday to Santiago de Compostella and thence to Filibuster. Hopefully to enjoy some pleasant cruising in the Rias of NW Spain and sown as far as the Portuguese border.

Well that’s the plan. I’ll update when on the “other side”