Filibuster’s engine is, unlike road vehicles, monitored by number of hours. Since leaving Arzal we have done 82 hours of motoring. At an average say of 5.7kn that means 467nm (nautical miles). Our log says we have covered 477nm. Leaving just 10 under sails… 🙁 It’s not quite as bad as that…we might have done 20.

Motor or sail, we have visited some fascinating places and I write this post in Muros. 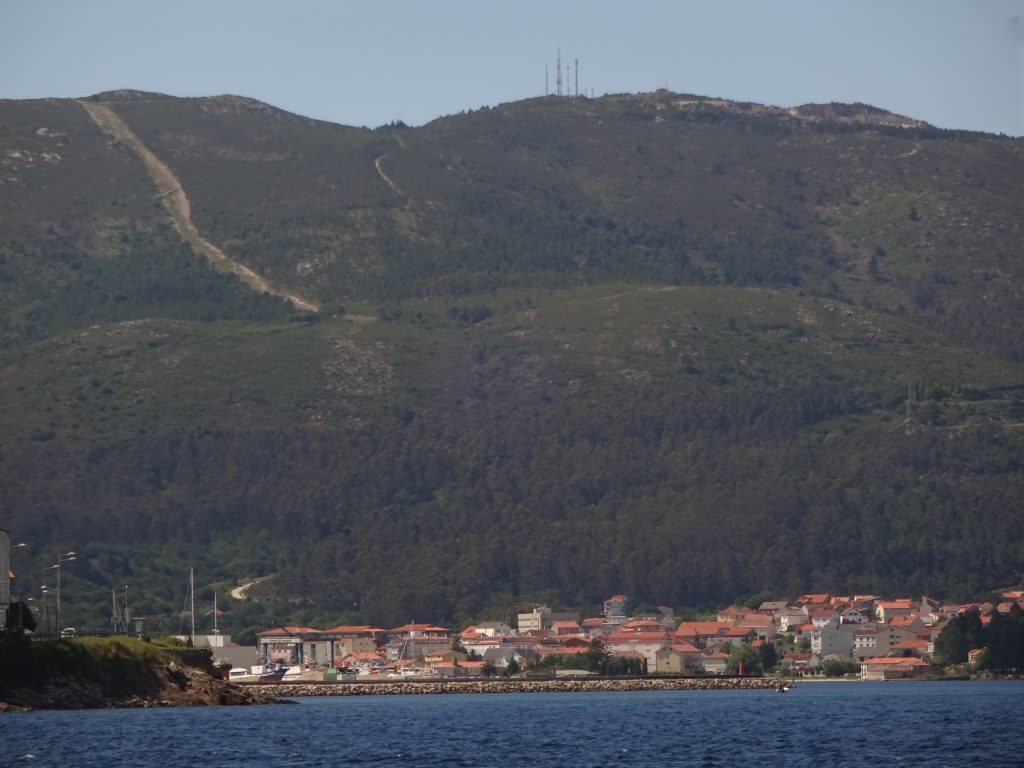 A gem of a place enclosed in an huge mountainous amphitheater, up market and livelier than any previous with the exception of A Coruna. It is so enclosed that there is no chance of any waves, any swell, any disturbance getting in. The town itself can be overly warm due to it’s sheltered location. 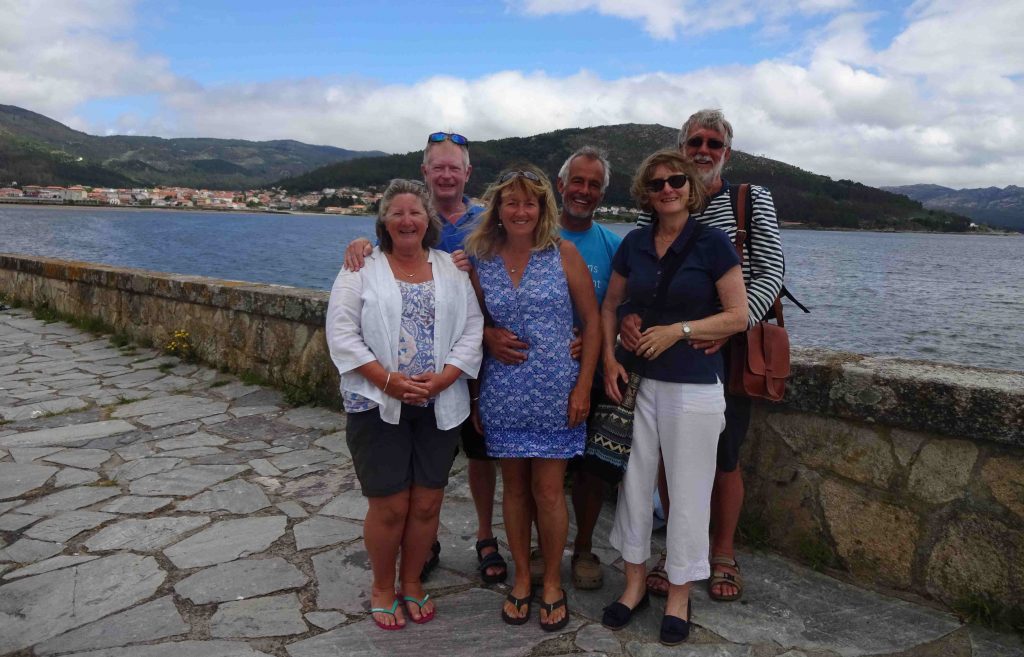 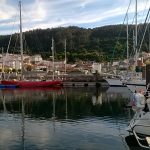 The marina at this off peak period is full, of empty berths. All is peaceful following last night’s Muros Music & Punk night, which allegedly finished at 3am. zzz, we finished earlier

Should you be coming down this way you will need 2 items not normally used in UK and French ports: 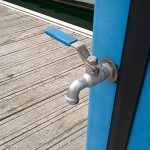 Spanish marinas often use very narrow thread taps, one size down from standard

Some pontoons only have large size power points – adapter required

A few words on the places visited since Viviero

Cedeira – sheltered anchorage in between Viviero and A Coruna. We didn’t go ashore.

Bustling city. Marina Coruna in the heart of it with nearby shops, bars and restaurants. Plenty to do and see and eat. 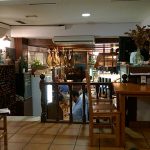 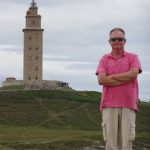 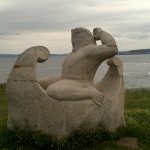 Hercules himself on his boat. Allegedly with a small willy. 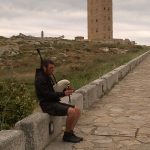 Yet another bag piper. 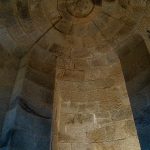 Inside the top of the tower (it was easy to climb) 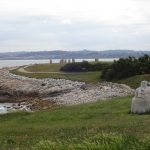 View from the tower toward A Coruna’s own henge…

Handy little anchorage. Watch out for the flat bits in the water: they are weeds growing on rocks that appear at low tide! 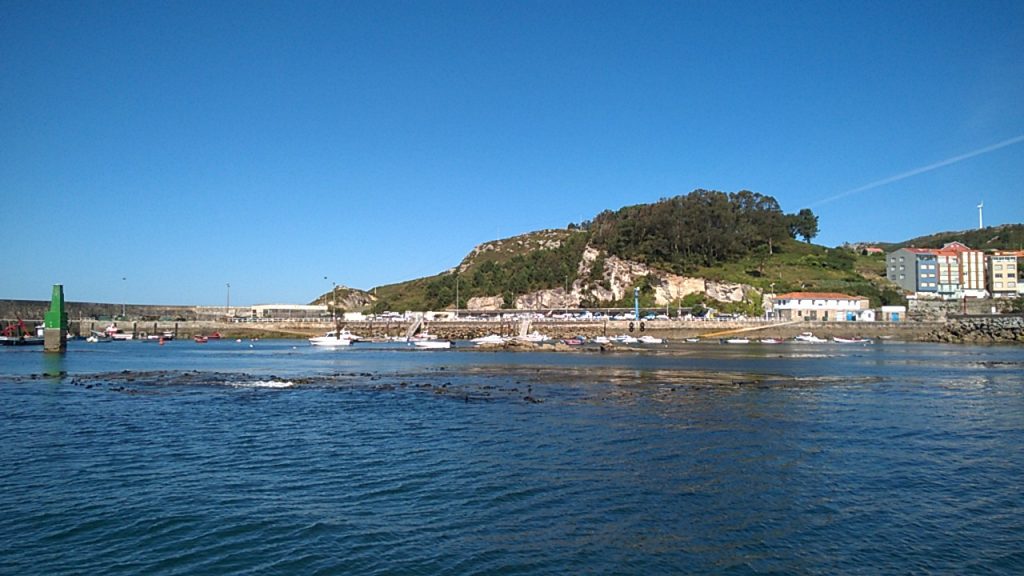 We had high hopes for this small and sheltered marina with town. In the end it didn’t really live up to it. Although the pontoon for larger cruisers was well occupied I suspect the attraction was diesel available on the pontoon. Everyone had left before we got up the following morning. 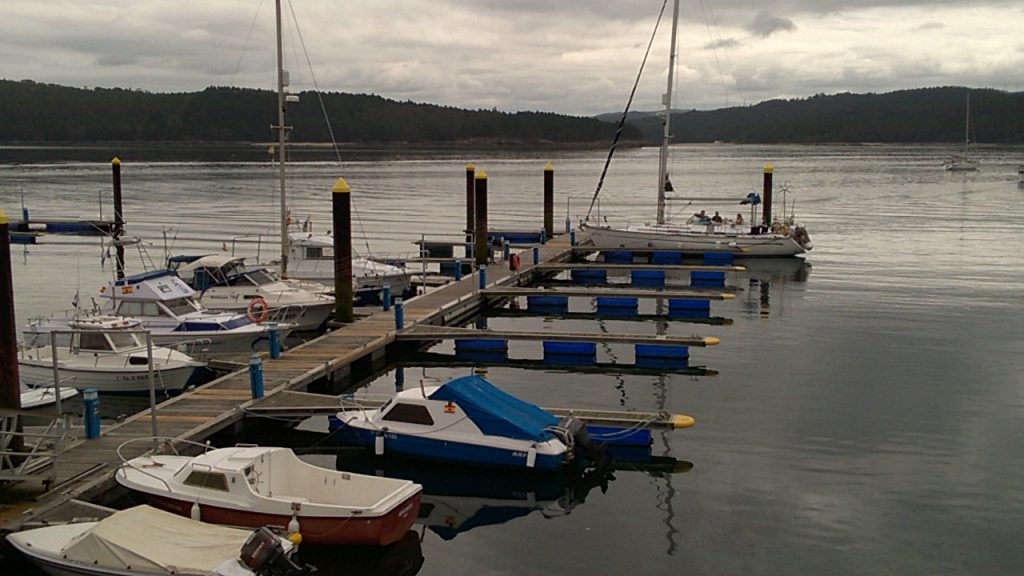 A few boats anchored just off the marina.

Just across the ria is Muxia. A completely different kettle of fish. Larger, but not large, with bars, restaurants and interest. Billed in the guide (Passeport Escales) with top attractions of:

How could we not go the 2.7nm across the bay?

And it was a delight – we didn’t find any of the attractions above. But did find plenty more. Muxia is on the Santiago-Finisterre Pilgrimage route and has plenty to offer the weary. 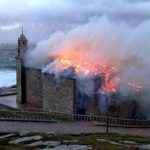 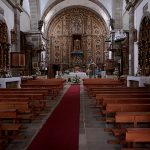 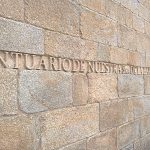 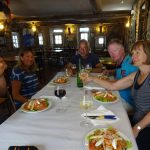 3 course meal with drink and coffee for €9. 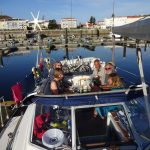 Crew at it again 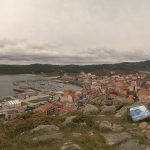 Finisterre – the end of the world 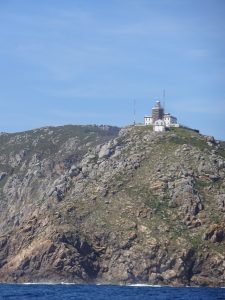 Anchorage only, protected from the unseasonable Southerlies and seasonal Northerlies. Back of beyond regional port mainly given to fishing and pilgrims.

The gem is the 3km walk to the Cabo de Finisterre with rewarding views of sea and pooped pilgrims. 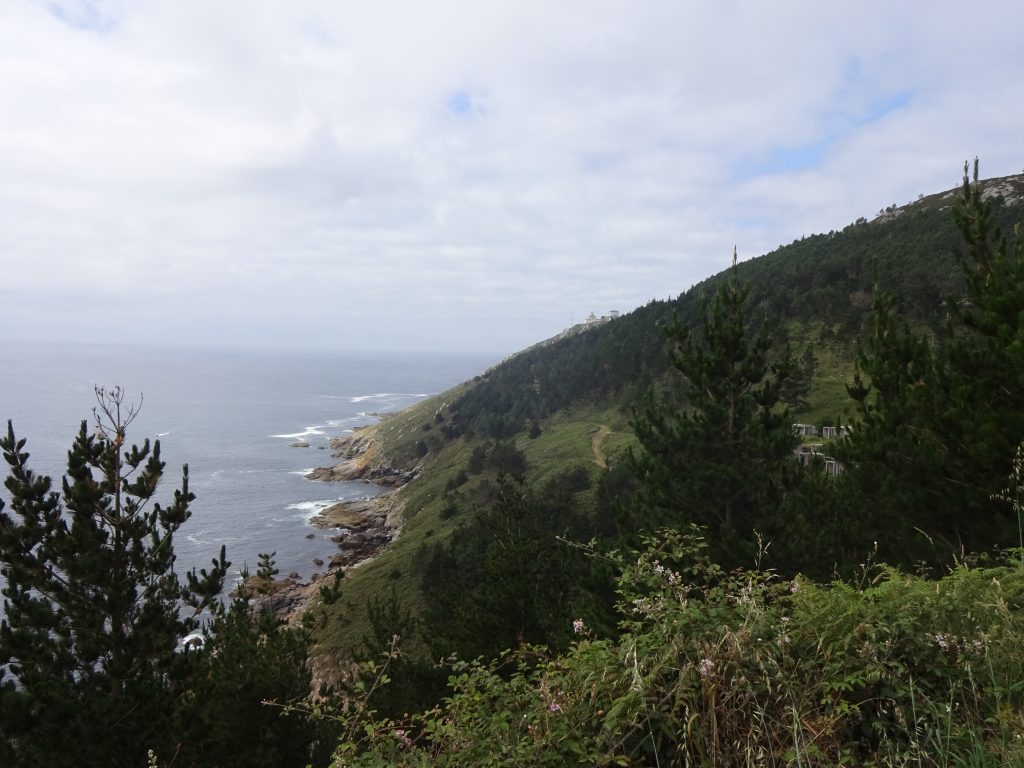 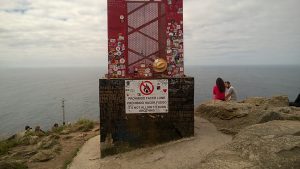 Which means – “No scorchio your clothio”

In times gone by the  aforementioned pilgrims used to burn their clothes at the end, however the absence of naked bodies and subsequent clothes shops suggests the warning as per right is nowadays taken seriously. 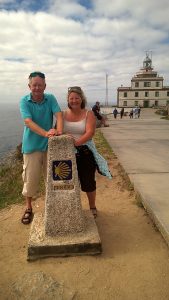 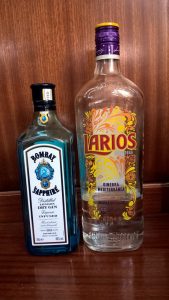 On board we have English Bombay Sapphire (UK price  £27/l) and Spanish Larios Gin (about €10/l). Take away the £17 tax paid to the UK government and the price is similar. But the taste?

Both are made from grain alcohol (in the case of Bombay Sapphire it is French) flavoured with “botanicals”.

In the Filibuster blind taste test each member of crew sampled both. No ice, no tonic, just neat gin.

And the result? Consistent to say the least. Click here to see.

And on that bombshell I’ll leave you to it and write about Muros another day.