Part1 – getting out in a hurry 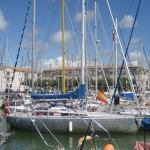 Our next door neighbour, who we shall call Monsieur Scruffy on account of the state of himself and boat, was a genial guy with large frame and beard. Comfortable with being a Mr Scruffy he tells us he is off due to forthcoming lack of water.

Now I’m always wary of boat crews “with all the right gear”. Conversely Scruffy’s well used appearance tells me he knew a thing or two and if he thought he was running out of water then it’s worth checking out.

Filibuster tells me that there is a comfy 1.4m under the keel: my calculations tell me tide had 1.6m to fall. Scruffy was right, time to move on.

A crash brekky and off we go, headed, as is Scruffy, to Rochefort. Ancient one time strategic port of the French Navy..

The tides were on springs (when the levels reach their highest and fall to their lowest). And in particular these were big springs.In fact the second largest of the year: high tide of 6.6m and a low tide of 0.6m above datum.

Why does this matter? Well on the approaches to La Rochelle there are areas where the charted depth is just 0.5m below datum. Add the low tide level of 0.6m gives us only 1.1m of water at low tide.

But it was windy, we dithered getting the boat ready, the tide went out further and by the time we reached the shallow bits it was 1105 and the tide had fallen a further 0.4m 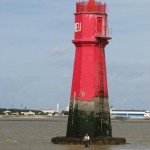 Richeleu port mark on the way out: Man fishing. High tide mark 6m above him

The gods looked favourably on us: we didn’t bottom out but it was close….buttock clenchingly close…..especially when the depthometer read 0.00m under keel….

Moral of the story: heed Scruffy.

And the rest of the journey was a delight.

Heed Scruffy, study your charts carefully, don’t wander off the fairway. This shot taken from Fouras on 14th August of a not so lucky skipper

This part of the world included strategic ports (including La Rochelle)and Naval Installations (Rochefort) and as such required significant and hugely expensive defences to stop those pesky Brits invading.

Said pesky Brits were at the same time building significant and hugely expensive defences to stop those pesky Frenchies doing the same.

All in all a bit of an arms race and all around the coast of France are to be found massive forts (citadelles) designed to blast to pieces any invading ships.

South of La Rochelle, in a bay protected by Ile D’Oleron to the West is Fort Boyard. Started in  1804 and finished in 1859 (yess 55 years!) it was designed to protect the waters between Ile Doleron to the West and Il D’Aix to the east. 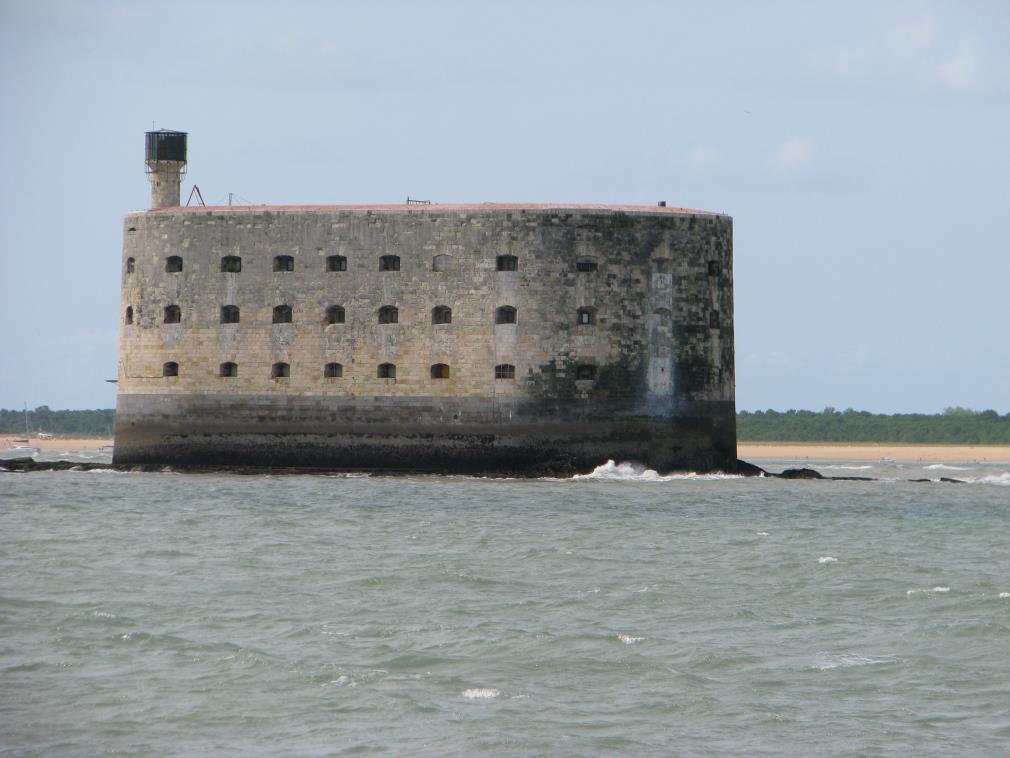 These 2 islands, barely 3miles apart have significant defences of their own, but canon capability of the day meant that the centre of the straight was out of range and therefore a weakness.

Cue Fort Boyard. Built at enormous cost (including building the small town of Boyardville) it took 55 years to complete. Essentially it is an island fort with nearly all of its guns facing into the straights between the islands. 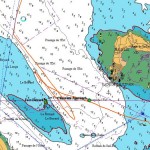 taking a good look at Boyard

It was never fully commissioned. In the intervening years naval gunnery range and accuracy improved so much that its initial raison d’etre became obsolete.

Recently it has been used by TV crews from over 20 nations to films the TV game quiz Crystal Maze.

Part 3 up the Charente River to Rochefort

If you like your rivers to look like white coffee, then the Charente is for you – undoubtedly the muddiest river I’ve ever come across. 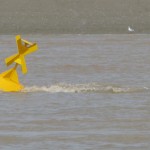 But if you like pootling up river and admiring the bankside flaura, fauna and things of interest then you won’t like the Charente. 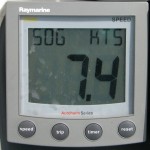 e minimal sail we were sluiced up on the incoming tide at up to 7.4kn. But sail we did for all but a couple of hundred metres when the wind wouldn’t allow it. 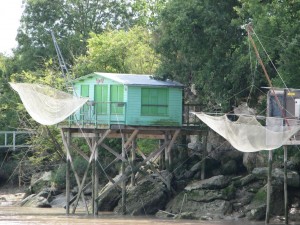 Along the banks are many sheds on stilts built for the purpose of catching whatever is swimming around at high tide. 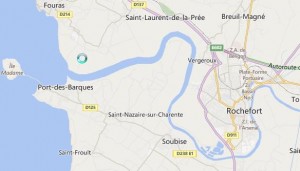 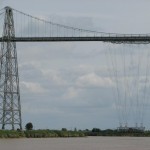 The river winds, this way, then that way, then the other in an enormous loop… past the still fully operational transporter bidge

….with many leading marks to help navigate the twists and turns : 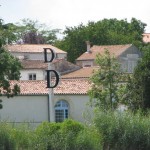 More to come from Rochefort in due course – it’s an absolute delight full of history, good food, fine markets and great ambience. 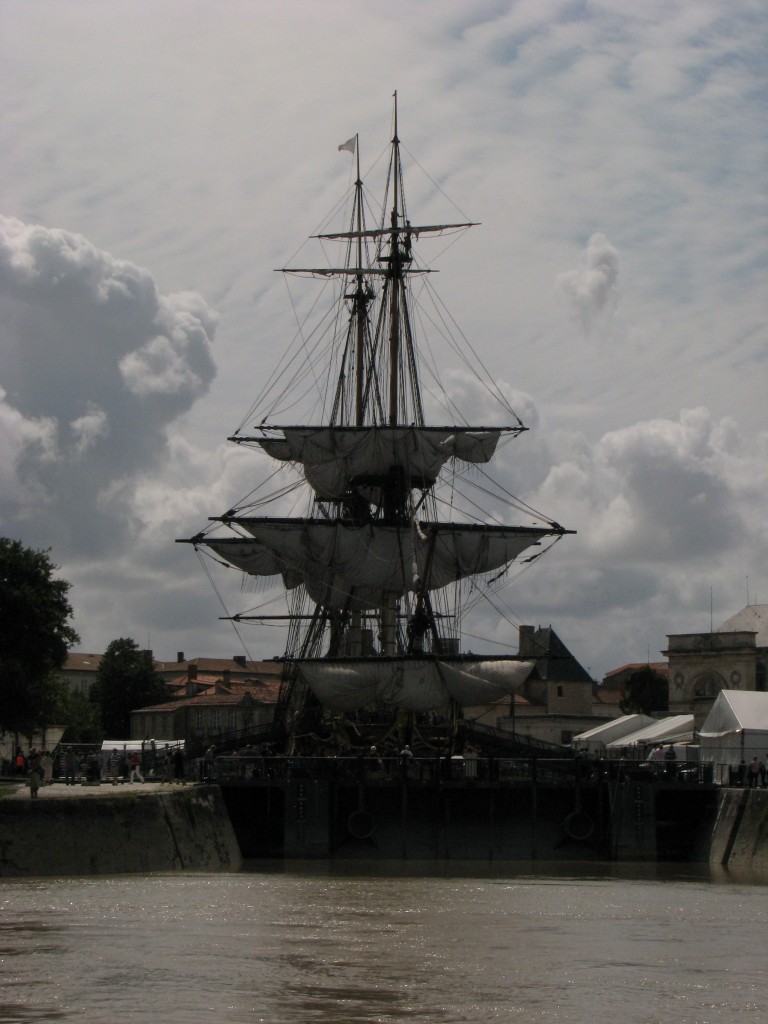 Hermione. Naughty Sailors sent up in the rigging